Hole in the wall (and my concept?)

I have been playing a lot of Final Fantasy 4 recently, as it's one of my favorite FF games and I have never beat it. (I actually have beaten very few of the final fantasies, usually losing interest at the mid point where the world opens up to you and the game is often unclear about where you should go next. It's like, you're playing this VERY linear game and then they suddenly throw you into the world some 10-15 hours in and say, "great, now go have fun!" and I start to lose the narrative context of my actions. I digress).

Anyway, I look at how those games differ from what I am trying to build. Though graphically it certainly looks like a snes rpg (at least with the free and rpg maker ripped graphics in the prototype) I'm going for something else. No combat, rich npc and environment simulation, and a story to which you as a player may be of limited involvement depending on how much you try to find it. It's complex, and I still don't know what all of the pieces look like.

In FF4, there are the combat sequences, which make up 95% of the gameplay, and the towns. I am impressed by way the simple mechanics are used to tell the story. Towns break down into 3 pieces:

Of those, probably my favorite thing is finding all of the secret items. They accomplish this with secret walls, and are always putting a treasure chest somewhere that you can see it but don't know how to reach it. The mechanics are simple, but they keep finding ways to hide stuff in a way you haven't seen before.

I was messing with the collisions in the first area of my game and found I could recreate this feeling rather well. The way the tree tiles were designed, they are pretty hard to layer properly in my tilemaps to create an actual wall. I ended up having to use 4 layers in order to have the trees be very close together. And yet with some fun, I can space them in such a way that it looks like they are blocking you, when you can actually sqeeze through. It gives me some ideas of how I can hide things in the future.

Without combat, I'm going to have to find a lot of things to include to keep the game interesting!

I can get about 400 ships duking it out now!

Check out the recording of a battle! 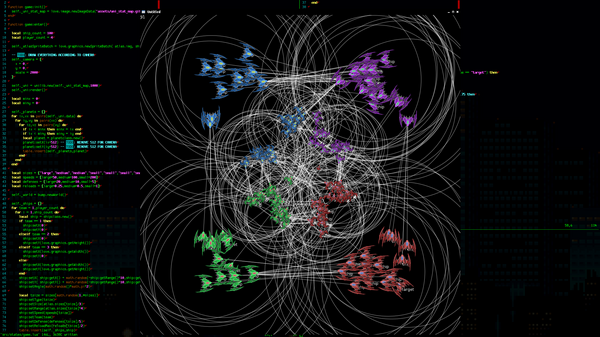 Didn't do too much coding today either. However, I did some thinking (again) about what leaders will the player be able to choose.
Here is what I came up with:

If you think that any of the leaders should be changed, feel free to suggest any others. :)
The exact amount of bonuses will be determined when I will do balancing.

Introducing the Psychic and the Brute!

The Psychic uses her psychokinesis field to slow ghosts! The field is passive, and takes a lot of energy, so she's slower than the rest of the cast.

The Brute is fast. I mean, REALLY fast. But he's not very good at the whole "stopping" part of moving, so he slides around a lot.

Bugfix, but still not working

I fixed a bug. There isn't much else to say, because rendering still doesn't work. I'm pretty sure I'll have time to fix it tomorrow.