The Decade Jam a month at a time

Submit a summary of your project at the end of each month here. That way the community can know what you've been up too!

To submit remember your posts title describes what you accomplished and what you'd like the name of your article to be. Also I will be using your streak club user name as the by line unless you say otherwise. Besides that happy writing and make sure to tell us about what you worked on this month.

Migraine. No typey. Placeholder post to keep streak and I'll edit it tomorrow!

Early this morning, I released a public build of Chemistry:

And boy, was it torn apart. I'm grateful for everyone for playing my little game and giving their feedback to improve it.

I'm thinking about the next steps for the game, namely getting some more professional looking artwork from Tom, and planning out the water dungeon. I'm thinking of using a 3rd party map editor for planning, that I can later transcribe into the game proper; it'll give me a high-level overview of the level, as well as give me something to get feedback on.

I'm not sure what puzzles are possible with just the water system... I'm actually worried that there might not be enough variety in the system without repeating the same ones ad infinitum.

I might also implement a text/dialog system, so that I can display proper information to the player. This would also make NPCs easier to implement. I know the Legend of Zelda didn't have the most talkative NPCs, but I'm also leaning on A Link to the Past for aesthetics, so mechanics aren't too much of a stretch.

Released my (our) first ever game!

Having only learned even the most basic of concepts in Unity about a month prior, this month I managed to convince my bf to team up with me and make a game for My First Game Jam: Summer 2020. Over the two weeks we made a very clunky and frustrating 2D platformer. Based on a weird in-joke and complete with a totally unnecessary backstory for our protagonist, Good Luck With The Lamps! did surprisingly well in the jam and ended up near the top of the "popular" list, which was very exciting!

We'll hopefully keep going with development and try to make it actually good, but we gave ourselves some time off to recover after the end of the jam.

Riding the high of a successful jam submission, I immediately joined two more. One involves making a story-driven game, 100% out of my comfort zone, for which I'm attempting a visual novel. The other lasts for a decade, so no rush there!

As well as all this I've made some good progress this month on the underlying systems for my long-term project, a management game about running an MMO guild. No screenshots to share for that one yet, but I'm happy with progress so far.

A lot of time has been spent on various different projects as far as the Decade Jam goes. But I will break the content down below.

And besides interacting with the community that is all. Finally I hope next month will be even more productive then the last!

Hi everyone my name is Avis!
I'm making a game about being a space farmer!
Currently all I have is concept art and a bunch of ideas in my head.

Haven't been doing too much work on my long-term project: Mon Mon Rancher. I'm focusing on the design doc for it. I attempted to complete a game for Ludum Dare but I started a day late and just ran out of time before the main gameplay loop was completed.

The goal of the game was to keep the kid alive. Wolves are drawn to the dying embers and smell of cooked meat, you must protect the child while roaming the forest for wood and prey.

The player can shoot arrows at wolves and deer to get meat and cut down trees to collect firewood. The player can pick up arrows or refill back at camp.

I got shooting arrows, wolf behaviour and some UI elements done before I ran out of time. I plan on finishing this, I was really enjoying programming it. Maybe next Ludum Dare, I'll complete something on time and submit it :)

This month hasn't seen a lot of movement on the RPG, in fact the last time I worked on it was the 13th. Slow progress due to my desktop dying and having to get another one, then Ludum Dare was up which was so much fun! Built a wicked game during that.

Next month I'll be getting back onto the rpg again that I have dubbed Foxy Rpg! 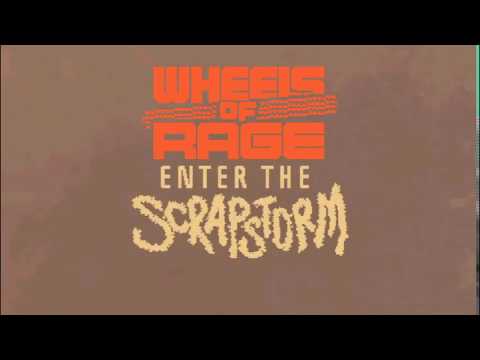 Decade Jam: April Review & Rust Part 10: Back To The Book

Seems I accidentally submitted to the daily DJ streak and the monthly one. Can't submit a new post, so...editing time!

Rust learning picks up again after an unsuccessful Ludum Dare weekend (thanks, health). Going to aim for steady progress going forward on both learning and developing new things.

A lot has happened this April, though I have little concrete to show for it.

A vastly improved knowledge of Rust and engine building has made me interested in using Rust for many projects. Most of my streak posts have been about Rust, and I've enjoyed it greatly.

Ludum Dare went poorly, in part because I attempted essentially constructing a Rust engine on top of two frameworks that I barely understood. I'll be taking some time away from jams for now (Decade Jam aside), and I expect I'll be heading into the next several only with tools I'm fairly solid on.

The real victory this month has been using Anki to learn Rust and Toki Pona (a tiny conlang). Rust in particular has been a nice surprise - my health is now less of an obstacle with the knowledge so well embedded in my head through spaced repetition and so frequently reviewed. I need to apply the same treatment to C# and GDScript, as well as algorithms, design patterns, and more. Game design itself I can do to a decent degree of success all the time, thanks to years of constant thinking about it, so it's a matter of being able to implement what's in my mind.

Productivity is my goal for May, with an emphasis on product. The Decade Jam Community Project Task Force is ~~steadily lengthening its acronym of DJCPTF~~ hammering out the final details of our game and I am even now working on early code for it. Test projects for a custom engine are underway as well, and I expect to have multiple test games to show off in next month's summary post.

While I expect to continue to focus on Rust and Godot, I am not opposed to a return to Unity or Phaser as well. I hope to construct a strong portfolio over the next two months, and while I think my skill in game design, mechanics, and AI are solid (always worth improving, though), I think my generalist knowledge is another strength. I'm trying to be a T-shaped person, as some say. Being able to work across several engines and frameworks will not only improve my skills, but make me more likely to be available to help with a particular task or job, plus help others cross such divides.

Here's hoping for plenty of productivity next month.

New Game due to demand!

Working on a full/polished version of Ludum Dare project due to people liking the game. It's going to be a smaller game single player game which should be easier to make compared to Exorte which is online multiplayer game.

My main project is being put on hold temporarily while I get my Ludum Dare project extended and polished.