So I left yesterday with the ability to walk around while the cutscene is taking place. What I had left until today however, was that the user still had to press the continue button for the cutscene to go to the next line. While this is helpful for slow readers, it's not so great for giving the feeling of stuff happening around you in real time. As much as I'd like to stay wishy washy and go "maybe the game is like this" or "maybe the game is like that", I think it's time to start making arbitrary decisions. The game is about reacting to a living environment - there is not much place for waiting for the player during dialog.

I'll have to come up with a solution for slow readers, but we'll cross that bridge when necessary. Speed slider? Just make it really damn slow for everybody? Just let the player pause if they DO need that (kind of baldurs gate style but for dialog rather than combat!) Something. Later.

Unfortunately, when I added a timeout for the textboxes, and took away player control, I ran into a bug that derailed me for the rest of my limited dev time. The first npc in the cutscene just kept repeating his same line over and over again. I could fix the bug with several workarounds, but I didn't like any of them. Not only were they not real solutions, but whatever weird behavior was the actual source was bound to come up again.

It turned out to be an issue with the behavior trees again (surprise surprise). When the textbox appeared, it sent the npc out of the cutscene tree and into the waiting for text tree, which I had added to his script yesterday. When the textbox went away, and he went back into the cutscene tree, it was supposed to resume where it left off, see that the line had been spoken, and clear the instruction away to wait for another cutscene step. However, upon resuming the display_line cutscene, he reset the whole cutscene brain, which was grabbing the line again to display it.

It turned out to be a relatively simple issue with my nodes resetting their state in cases where they should preserve it. I am close to not having to worry about the internals of my ai tree code, but I guess there are some weird stuff still in there that I have yet to find.

I'll post some more gifs later when there is something cool to actually show off.

Nothing to show, even though artist made nice new animations. I had a frustrating night of bug fixing and trying to understand what I was doing wrong in my hacky animation code (I'm using a library but I had a thing running on top because I couldn't get events working) I know whats up now but too frustrated to fix it. But yeah, I did do work so.

edit: fixed it, feel so much happier. gif tomorrow probably (or gfycat, due to gif complaints;)) (can I embed those that would be cool)

Today I finished off a refactor of the initial smattering of ideas I've played with over the last couple of months. This brings my code into line with the architecture guidelines for the language I'm using (http://elm-lang.org).

Further to this I fixed up the issues rendering the basic isometric tiled map and began on building the map editor. 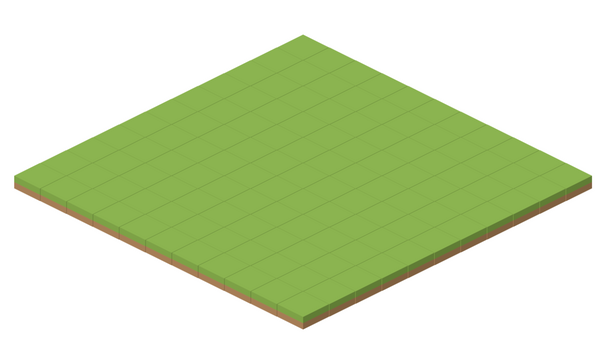 I have created animation for the player (idle, walking, and punching), got the player moving, added in a key with animation, and created a grabbing/throwing mechanic.

Started work on a mockup for a small game

Today I started building a mockup of a small JavaScript game I've been thinking about for awhile. I don't have a lot of art skills so I mostly grabbed sprites from OpenGameArt.org. It's not fleshed out enough to post here (yet), but I'm hoping it's small enough to be interesting and finish-able, since some of my other game projects are larger in scope and after a while I feel like I'm not getting anywhere.

This is also my first post on streak.club, so hopefully this well help keep me motivated!