Not much done, have a gif.

So today I just fixed a couple quick bugs, may do more later and edit this, but for now have a quick gif of me running around.

Note: new art is incoming from my artist very soon, so there will be some more fleshed out animations etc. (not that you even see the full animations at this framerate, I assure you its better in person.)

Edit: and yes we know the dummy looks out of place, but everything you see is still early mockup(:

Edit: replace with gfycat to appease the site users

Experimenting with some stuff

I decided to take a day break from WORMHOLE because I didn't want to get burned out from it. So I decided to experiment with making a random game that might be a bit outside of my ability, just to learn some stuff. So, I had been playing a lot of the Binding of Isaac (original+Wrath of the Lamb, only have $10 on steam. Goddamn those $5!) and decided I'd try that out. I've managed to make the health system work, which means that picking up other items like keys, bombs, and money will also work. I've been struggling so far to figure out how to make the floors, even before I try to make them random. I'll probably figure that out sometime in the next week or so. The half heart on the left increase health by 1 half heart, the right half heart decreases health by 1 half heart, and the bottom full heart increases by 1 full heart. 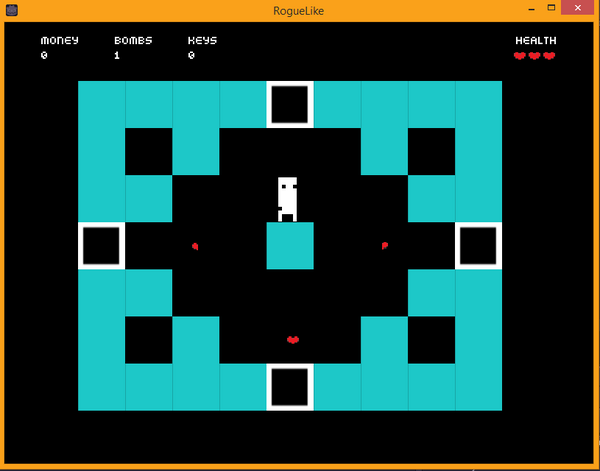 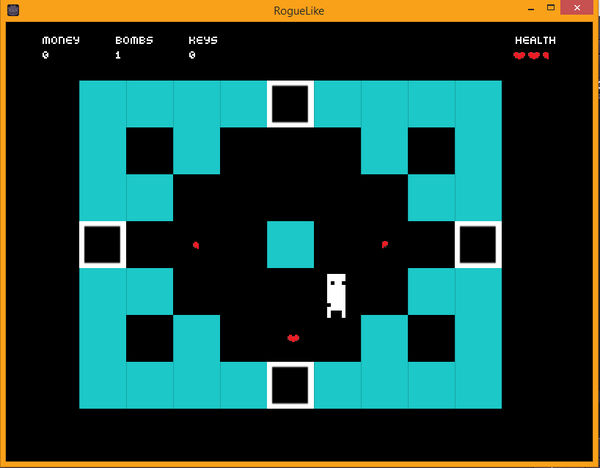 Going to start streaking. Hmm, if I told some people I've joined a "streak club" I think they would look at me funny. Anyway, I'm developing a real time non-combat rpg viewed in the style of a 16-bit jrpg. This weekend I started working on an opening cutscene. Characters are given movement and speaking actions, they move, speak their lines, and move again. While they are talking, a typical dialog box like you would see in an old Final Fantasy game appears on the lower third, and the cutscene is paused.

I decided this won't do. I want the "cutscenes" to be just as real time and interactive as the rest of the game.

The first step, and my streak of the day, was to remove the global pause the textboxes were triggering, and make sure that it's only the speaking character's ai script that pauses while he says his line. I added a top-level node to the npc behavior tree which does nothing and returns a success if he is currently speaking. It's cool to be able to walk around while the npcs talk to each other!

Still not sure about the player missing information that they couldn't read in time or forgot to read, and player shenanigans during lines - can ANY line be interrupted? Or should the player's freedom be temporarily restricted somehow (limit movement to the current area, disallow interaction keys) with only IMPORTANT interruptions available?

If speaking (flag == is_talking), he will select the first tree and do nothing. If he is currently supposed to do something for a cutscene (flag==cutscene_step) he will navigate to the waypoint the cutscene defined, and then attempt the action the cutscene defined. If neither of those flags are set, he will choose the third tree, which imports a more complicated behavior tree that picks random nearby points and walks between them aimlessly.